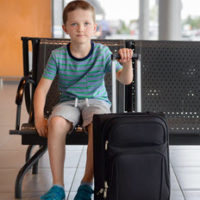 Negotiating child custody is fraught with opportunities for disagreement and conflict. The farther apart parents live, the more likely they will come to odds over where the child should spend the majority of his/her time. When disputes over the terms of child custody, or the enforcement of a standing order, arise, and parents live in different countries, the complications are even greater. Depending on where the foreign parent lives, international treaties may come into play, and physical location of the child is a primary factor in how the case will proceed. A Cuban father recently won custody of an infant born in Miami, over objections of the mother’s U.S. relatives, after the mother died in childbirth. The potential danger in international custody disputes is the possibility that the non-U.S. parent could take the child out of the country without the other parent’s permission or consent. Getting the child back will be complicated and lengthy, assuming a foreign court would even consider returning the child to the U.S. Consequently, resolving the situation before it escalates to that point is essential. A discussion of the procedures available to settle child custody disputes, especially which laws would apply to decide a matter, will follow below.

The outcome of any legal case often rests on the law that will be applied by the court. In the context of child custody disputes, the applicable law rests both on where the child is located and where the initial child custody order was issued. This authority is called jurisdiction, and if a Florida court is presented with an international child custody dispute, it must first decide if it has the power to render a decision. The principal law that governs whether a court can decide a case is the Uniform Child Custody and Jurisdiction Act. If a Florida court issued the initial child custody order, it typically retains authority to make additional decisions, which will be based on the best interests of the child. It will decline to decide a case, however, if any of the following exist at the time the petition is filed:

Courts want to promote cooperation among courts generally, as well as to ensure custody litigation takes place where the child has the closest connections and prevent the issuance of conflicting orders that may harm the child’s wellbeing. Thus, if there is a question about which court is most appropriate to decide a matter, judges tend to spend a lot of effort evaluating how to proceed. As a result, having an experienced family attorney to persuasively argue one’s position is essential to achieving the desired outcome.

In addition to State law, international law may also play a role in the outcome of a custody dispute if a parent is an immigrant or here on a temporary status, or if the child is residing outside the U.S. However, enforcement of U.S. court orders in other countries is not a given. The provisions of the Hague Convention are commonly used in these cases, and apply if the other country signed onto the treaty. Its purpose is to return abducted children and protect the rights of the child’s custodian in a foreign country. If the Hague Convention does not apply, the parent seeking court action will have to access the legal system in the other country, which is often hard to navigate and predict. Stopping a potential problem before this step is necessary is the best way to protect one’s parental rights.

All child custody disputes are stressful and complicated. If you are having disagreements with an ex over child custody and need legal advice on the next steps, contact the Donna Hung Law Group to learn the best options. Our attorneys understand how pivotal this issue is and will fight to get you the outcome you deserve. Contact our Orlando office for a consultation at (407) 999-0099.