How Do Domestic Violence Injunctions Protect Victims from Abusers in Florida? 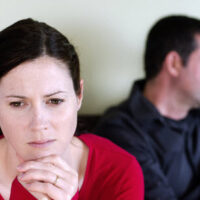 In Florida, victims of domestic violence can obtain injunctions against their abusers. The word “injunction” refers to a legal order issued by a judge to restrain or prohibit the abuser from engaging in certain behaviors with or toward the petitioner.

Domestic violence injunctions are enforceable by police and law enforcement, which means the subject of the order will face civil or criminal penalties for failing to abide by the terms and conditions of the injunction.

The main idea of issuing a domestic violence injunction is to grant the petitioner protection from his or her abuser and prevent the subject from continuing to abuse the victim. Talk to an Orlando domestic violence attorney at Donna Hung Law Group if you are considering requesting an injunction.

Do keep in mind that the injunction might affect your ongoing or future divorce settlement, as mediation may not be the most optimal option if one spouse is a victim of domestic violence.

How Can a Domestic Violence Injunction Protect You from the Abuser?

A domestic violence injunction, in particular, usually prohibits the abuser from engaging in the following behaviors:

A no-contact order as part of a domestic violence injunction in Florida prevents the abuser from having or attempting to have contact with the victim.

The order prevents the abuser from calling, writing, engaging in in-person conversations, sending emails or texts, or otherwise trying to communicate a message to the petitioner. Besides, the abuser is prohibited from communicating with the victim through a third party.

Interestingly, the no-contact order will remain in effect if the victim attempts to contact the abuser or even tells him or her to reach out.

Acts of Abuse and Threats

Since the primary purpose of the injunction is to protect the petitioner, the abuser will be prohibited from engaging in further acts of abuse or making threats of physical violence against the victim and his or her family members living with the petitioner.

Temporary Use of the Home

If the petitioner and the abuser live in the same home, the court may grant the former temporary use and possession of the house. That means that the abuser would be required to find another place to live until further notice.

The court may permit the abuser to take his or her personal items from home in the presence of law enforcement officers.

The court may order the abuser to attend a batterer’s intervention course, which is a class designed to identify persons prone to using physical violence against others.

The batterer’s intervention course will also educate the abuser about the legal consequences of domestic violence as well as teach them alternative methods of solving disputes and disagreements with their spouse or other people.

Contact our Orlando domestic violence attorneys from Donna Hung Law Group if you wish to protect yourself against your spouse or another individual who hurt you or threatened to do so. Call our offices at 407-999-0099 to receive a confidential consultation.