How Is Debt Divided In A Florida Divorce? 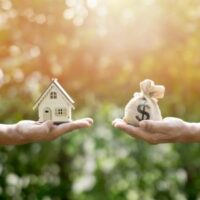 Division of property and debt often becomes a cause of conflict between divorcing couples, largely because many people do not understand how debt is divided in a Florida divorce. The manner in which debt is divided in your divorce can affect your financial situation and life as a whole for years or decades to come after the divorce is final.

Florida follows the equitable distribution doctrine when dividing marital assets and liabilities in a divorce. It means that a divorcing couple’s property and debt should be divided fairly but not necessarily equally.

Usually, the higher-earning spouse is assigned more debt than the lower-earning spouse. However, each case is unique, which is why it is recommended to discuss your particular situation with a knowledgeable divorce attorney.

Schedule a case review with an Orlando divorce attorney at Donna Hung Law Group by calling 407-999-0099.

Types of Debt That May Be Divided in a Divorce

Before splitting debts in a divorce, a Florida court will need to divide the spouses’ debt into three categories:

Let’s discuss each type of debt and how it can be divided in a Florida divorce.

What is Premarital Debt in a Divorce?

A debt is considered “premarital” when either spouse can demonstrate evidence that the debt was incurred by one spouse before the date of the marriage. Common examples of premarital debt are student loans and credit card debt in one spouse’s name.

For example, if one spouse incurred credit card debt before getting married, their spouse cannot be responsible for paying the debt if he/she never used their spouse’s cards during the marriage.

What is Non-Marital Debt in a Divorce?

What is Marital Debt in a Divorce?

Any debts incurred in both spouses’ names during the marriage are considered marital debt. These debts are subject to equitable division in a Florida divorce unless one spouse can prove that:

Division of debt is a tricky matter in any divorce case. How debt will be divided in your divorce depends on many factors, including the spouses’ income, the types of debt subject to division, and many more.

Consult with our attorneys at Donna Hung Law Group to determine how a Florida court may divide debt in your specific situation. Call 407-999-0099 for a case evaluation.