Overcoming Parental Alienation With A Co-Parent 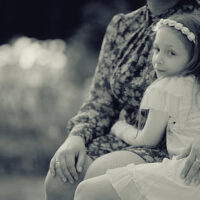 Two recently divorced parents of teenage children are having extreme difficulty communicating. Alex and Cassandra have recently taken to not speaking at all, instead using their children to deliver hateful, spiteful messages. Now Alex has convinced their kids that Cassandra wants nothing to do with them since she has been spending more time at work and has been late to two drop-off and pick-ups in the past month. Cassandra recently got a promotion, but that does not mean she loves her kids any less. During her custody time, Alex always finds a way to hone in, by calling or facetime the kids and asking them to speak in a different room. Now he is threatening to take them out of the country for the Thanksgiving holiday, violating their shared custody order. Is there anything Cassandra can do?

Recognizing the Signs of Parental Alienation

Whatever the circumstances, manipulating the shared child in an attempt to spite or hurt the other parent is harmful to all parties involved and is also emotionally abusive. It can do real damage to a parent’s relationship with their child and denigrate any hope for a collaborative parenting relationship in the future. If you think your child is alienating you at the direction of your co-parent, you need to take action.

Tips for Confronting a Co-Parent

In Cassandra’s case, she may need to confront Alex head on about his intentions. Is it a simple misunderstanding, is he holding a grudge, or is something else going on? If you think you can make headway being direct with your co-parent in an honest, productive and objective conversation, tread carefully. If your co-parent is refusing to honor the custody agreement you arranged during divorce proceedings, keep track of every instance they are late or refuse to show up, thereby impacting your shared custody time with your child. Similarly, if your co-parent is attacking you via email or phone, using derogatory language or threatening to take your shared child out of state or even out of the country, you need to take emergency action. This is a serious claim that likely directly violates your custody order. In some cases, you may need to seek an emergency hearing before a family court judge to discuss ongoing issues. A family court judge can order the other parent to attend parenting classes or individual therapy to try to combat an impetus to use your child as leverage or try to denigrate your shared child’s relationship with you.

If you or someone you know is experiencing difficulty enforcing a child support order after a divorce is finalized, you are not out of options. Open communication and collaboration with a co-parent is key, because ultimately you are seeking to foster an optimal environment for your shared children. But when a co-parent refuses to compromise or tries to triangulate or damage your relationship with your kids, you need to take action. Our Orlando family law attorneys at Donna Hung Law Group have experience in post-divorce and custody issues and can help you identify strategies to solve a problem, or seek court resolution if necessary. Call today to schedule a consultation.