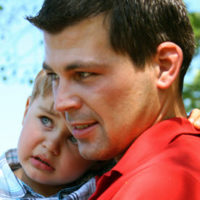 Sharing custody of a child is rarely easy, and conflict is almost guaranteed to occur at some point. Parents in healthy relationships are bound to disagree, and trying to find common ground when divorced or separated brings additional obstacles. Most parents realize the importance to the child of maintaining close ties to both parents, and try to avoid saying negative remarks about the other parent in the child’s presence. This point is one of the first things parents learn in the mandatory parenting classes divorcing couples have to attend in Florida. Most parents can work through their differences without resorting to court involvement, but others will choose to litigate custody issues if they believe the current arrangement leaves them at a distinct disadvantage. One issue that motivates some parents to return to court is parental alienation syndrome (PAS). PAS relates to repeated and intentional statements and/or actions by a parent intended to convince a child to turn against the other parent. However, PAS is controversial, and could be used to unfairly obtain additional custody rights. A discussion of what PAS is, and how it could be used to influence the outcome of custody disputes, will follow below.

Denigrating a parent to the child or within the child’s earshot is known to have a negative impact on the child’s emotional and mental health. Depending on the frequency and severity of the negative comments, they can produce confusion and guilt in the child as he/she tries to reconcile having positive emotions for a parent who is “bad” or does “bad” things. In extreme cases, the basis for PAS, a child can start to emotionally withdraw from the parent depicted in a negative light and refuse to stay with the parent during his/her parenting time. Essentially, PAS occurs when one parent brainwashes the child in order to form a closer bond, and prompts the child to reject the other parent. However, there are differing levels of complicity in a parent’s interference with the other parent/child relationship. Some parents do not realize their comments harm the child, but when made aware of the situation, make the necessary changes for the sake of their child. Other parents are more conscious about their disparaging language, and will use it when emotionally triggered, but are often unwilling to acknowledge there is a problem. Finally, certain parents deliberately do whatever is necessary to irreparably damage the child’s relationship with the other parent, and under these circumstances, court action is almost always necessary to prevent permanent loss of the child’s affection.

Use in Custody Cases

Parents have a right to foster a loving and healthy relationship with their child regardless of the relationship status with the other parent. However, in reality, it is rarely that simple. Parents who have deeply-felt negative emotions regarding the other parent may have difficulty controlling their language and behavior about the other parent in front of the child, but most do not actively seek to destroy the parent/child relationship. Those that do could be viewed by a court as a detriment to the child or in willful violation of the parenting plan, either of which could justify modifying the custody arrangement in favor of the other parent. On the other hand, claims of PAS can also be used by abusers to gain custody of a child in hopes of coercing the abused spouse into ceasing his/her allegations. Thus, there can be both legitimate and deceptive motivations behind claims of PAS. Parents should not have to deal with attacks aimed at prompting the emotional detachment of their child, and if this behavior is apparent, or even suspected, an experienced family law attorney should be consulted about protecting your parental rights.

Parents want what is best for their children, and if you think the other parent is harming your child physically, emotionally or psychologically, it is important to take action as soon as possible. The Donna Hung Law Group in Orlando knows how important your child’s well-being is, and will do what is necessary to protect your interests and those of your child. Contact us at (407) 999-0099 to schedule a confidential consultation.