‘Should I Stay in the Marital Home During the Divorce Proceedings in Florida?’ 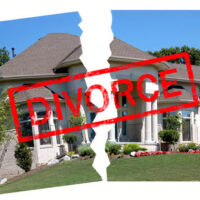 When considering filing for divorce in Florida, this question will inevitably come up at one point or another. Deciding who will stay in the marital home during and after the divorce can become a contested issue as both spouses may be reluctant to move.

But since residing in the marital home under the same roof with your spouse during the divorce proceedings would be an unpleasant and stressful experience for most people, someone will have to leave.

There are many things that need to be considered when deciding who should stay in the marital home during the divorce. One of them is the financial burden of home ownership and maintenance. Someone will have to continue paying for the cost of upkeep, utilities, insurance, and taxes.

For most couples, a marital residence is their largest asset, which is why it is vital to understand Florida’s equitable distribution laws when considering to move or stay in the marital home during the divorce proceedings. Consult with an Orlando property division attorney to decide whether you should move or stay in the marital home and how your decision might affect your right to the property.

Is the Marital Residence Marital or Separate Property?

In Florida, all types of marital property and debt are split between spouses according to the standard of equitable distribution. In other words, your marital home and other marital assets and debts, which were acquired during the marriage, will be divided in an equitable – but not necessarily equal – manner.

If your marital home was purchased during the marriage, the home would most likely be subject to equitable distribution in Florida. But does a spouse’s decision to move or stay in the marital home affect the property division process?

Contrary to popular belief, a spouse does not lose their equitable or legal interest in the home by moving out during the divorce proceedings. However, if one spouse purchased the home before the marriage, it may be considered separate property that should not be split between the parties. In such cases, the spouse who has more equity in the property may stay in the marital home.

What Happens to Your Marital Home During the Divorce?

Generally, there are five options when it comes to dividing a marital home between the spouses:

When addressing what happens to the marital home in the divorce decree or marital settlement agreement, it is vital to consider a plethora of things. For this reason, it is advised to be represented by an experienced Orlando divorce attorney to help you explore your options and draft an enforceable settlement agreement in Florida. Contact Donna Hung Law Group to receive a case review. Call at 407-999-0099.