What Happens To A Child Support Order If A Parent Moves To Another State? 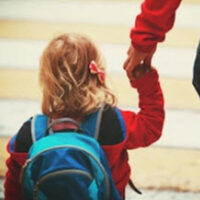 The short answer is, “Yes, it is still possible to enforce or modify a child support order even if one parent moved to another state.” However, the process of enforcement or modification becomes more complicated, especially if the parent who relocated refuses to cooperate or is trying to hide.

Can You Enforce a Child Support Order if a Parent Moved to Another State?

Yes, the Florida Department of Revenue helps parents who are entitled to child support receive the payments even if the order was created in another state. The department also assists parents in enforcing a child support order if the other parent moved to another state and there are grounds for enforcement.

Out-of-state orders can be enforced thanks to the Uniform Interstate Family Support Act, which allows enforcing a child support order in a state where the payer lives. While the Act was adopted by many states throughout the United States, it is not federal law.

Which Court Will Resolve Child Support Disputes When One Parent Relocates?

As a rule of thumb, the court that issued the original child support order still has the authority to resolve disputes between parents even after one of the parents moves to another state. However, under certain circumstances, the court may not have jurisdiction over the relocated parent.

When parents are living in different states, the Uniform Interstate Family Support Act helps identify which courts have the authority to enforce or modify a child support order.

Can You Modify a Child Support Order After One Parent Moves to Another State?

Often, a parent’s move to another state could give grounds for a modification. For example, if a parent relocated to pursue a new job opportunity, there may be grounds to modify the existing child support order.

In these cases, the court that issued the original order will retain jurisdiction over modification requests. However, there are two exceptions to the general rule:

It is worth mentioning that the laws of the state in which the original order was issued will still apply even if your modification proceedings take place in another state. It means that you may not be able to terminate a child support order if the state law of the original jurisdiction requires child support payments to continue until the child reaches the age of 21, while the state law of your new jurisdiction allows terminating a child support obligation when the child reaches age 18.

Enforcing and modifying a child support order when one parent is no longer in the state where the original order was issued can be complicated. Consider getting legal advice to understand your options. Get a case review with our child support attorneys at Donna Hung Law Group by calling 407-999-0099.