What Happens When a Domestic Violence Report Is Made? 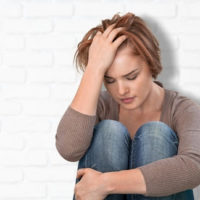 Standing up to domestic violence is no small task, and requires victims to display bravery and determination to escape the constant threat of harm. The desire to obtain a divorce, and concerns about securing child custody, can serve as motivation to take the confrontational step of reporting an abusive episode to the police. Getting law enforcement involved in these volatile situations brings the possibility of retaliation by the abuser if the victim is unable to get the legal protection needed to keep them away. One example of how the law tries to ensure domestic violence victims are adequately protected from the influence of, or exposed to harm from, an abuser is through a unified family court. This system keeps any family-related case, such as divorce, child custody and domestic violence, in front of the same judge in order to better tailor court orders to the needs of the parties and to promote honest communications between the parties and courts. Reporting domestic violence is understandably scary to victims who fear violent repercussions, but it is an important part of getting the help needed to escape the situation. Knowing what to expect when a report of domestic violence is made may make it less overwhelming for victims to engage this process, and a brief overview of the immediate effects of these reports will follow below. In addition, a discussion of role injunctions for protection play in combating domestic violence will be explored.

Similar to other calls related to alleged criminal activity, when a call is made to law enforcement about incidents of possible domestic violence, an officer is sent out to investigate. The officer will take statements from all parties involved in order to determine if domestic violence occurred, and if so, who the primary aggressor was. Consequently, not every call for domestic violence will result in an arrest – an important point for victims to understand. Having others present to support the victim’s story is the best way to ensure police will believe it, and arrest the abuser. Reports issued by the investigating officer will include:

Police are specifically required to give all domestic violence victims information about available services from local domestic violence centers, and the ability to ask the State’s attorney to file a criminal complaint. Most importantly, though, victims must be informed about the right to petition a court for an injunction of protection.

Domestic violence is a serious issue, and whether you are a victim or an accused abuser, you need an experienced Orlando family law attorney to represent your rights and interests in court. The Donna Hung Law Group knows how to approach this issue from both sides, and will work to get you the best possible result.  Contact the Orlando Domestic Violence Attorneys at Donna Hung Law Group at  407-708-9669 for a confidential consultation or email us.