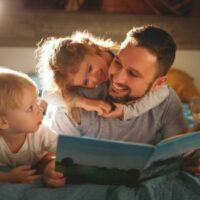 When marriages involving minor children end, the parties must address several issues regarding their children. One of them is making a parenting and visitation schedule. While Florida courts prefer to divide custody and parental responsibilities in an equal manner, there are situations in which a court may award sole custody to one of the parents.

If you want to fight for sole custody or fear that you could lose your custody rights during a custody battle, do not hesitate to contact an Orlando timesharing and parenting attorney. Your family law attorney will protect your interests and help you achieve a favorable outcome in your case.

How is Custody Determined in Florida Divorces?

When seeking a divorce, both parties are required to agree to a parenting plan that outlines the parents’ timesharing and parenting responsibilities. Once they have the plan in writing, it will be submitted to the court for its approval.

Generally, Florida courts prefer giving equal custody rights to both parents. Fla. Stat. § 61.13 states that children should have “frequent and continuing contact with both parents.” However, there are situations in which a court may decide to award physical custody to one parent while allowing the other parent to visit the child if doing so is in the child’s best interests.

While Florida courts presume that it is in the best interests of every child to have both parents remain equally active in the child’s life, joint custody awards are not appropriate in all situations. In some cases, a sole custody award is more appropriate.

There are three common situations in which a Florida court is likely to award sole custody to one parent:

Consult with an experienced attorney to determine whether or not a sole custody award is appropriate in your particular situation. Schedule a free case review with your family lawyers at Donna Hung Law Group by calling 407-999-0099.